I have just come back from Rio de Janeiro and took these pictures. I hope you like them! 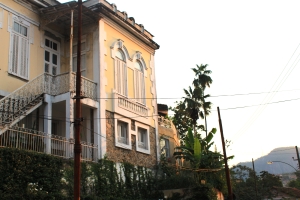 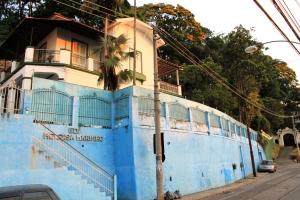 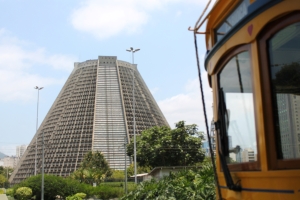 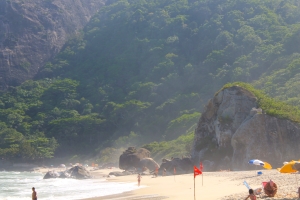 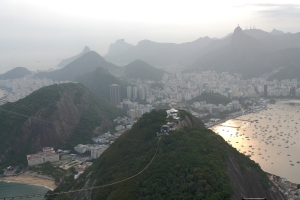 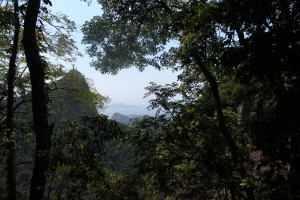 There are songs that are a like a magnifying glass to a period in time, Mal Secreto is one of them. It was written in the height of the censorship/dictatorship of the seventies by Jards Macale. It talks about the anguish of being bogged down by the regime and mal secreto (secret evil – not a perfect translation because mal could also mean an illness here) in this case represents his political conscience that is having to be concealed and is making him sick at the same time. This song is one of the many that scraped through the censors by using allegories to talk about what was happening.

The fact that this is hard core rock and roll for the standards of 1971/2 is also revealing; the genre would become an avenue for confronting the establishment and for youth rebellion in Brazil from that time onwards.

The parallels with Janis Joplin are undeniable, which also shines a light on the music business implications. Gal Costa, the singer, was together with Caetano Veloso, Gilberto Gil an Maria Betania part of the Tropicalia movement, a very complex mix of pop culture, left wing, national discovery and commercial interests which I will talk about in more depth in another article.

Caetano and Gil were in exile but Gal Costa had stayed back in Brazil and had moved from Bossa Nova to Rock (well… not entirely) which shocked the left but helped her sell well and fill up show houses with the newer generation of wealthy upper middle class kids. This unveils a complicity between protest and commerce. From those days onwards it would become clear that artist were much closer to products than to “voices”.

It is worth while mentioning Lanny the legendary guitarist who conducted the musical part of this song. He was Israeli and would end up loosing it completely because of drug abuse.

Zico had lead Flamengo to be world champion in Japan and the whole country was very positive about the national squad that had several of their players.

That was the last squad where all the players still played in the national league, no one had been sold abroad; Valdir Peres, Leandro, Oscar, Edinho, Falcão, Júnior, Toninho Cerezo, Sócrates, Serginho Chulapa, Zico and Éder were household names and everybody knew them as if they were neighbors or friends.

The team was incredible; Tele Santana, the coach, believed in talent and had the theory of letting the adversary play and even score; if they did one goal Brazil would do another two.

Brazil was the favourite and as you will hopefully see in the video above their style was happy, artistic and nice to watch. Times were beggining to get hard and a world cup victory was the promise of brightening up the nation’s life.

Italy, and in particular their striker Paolo Rossi who scored three goals, weren’t impressed and beat Brazil in the semi-finals.

It is no exageration to say that this match’s result changed the nature of football in the eighties and beyond. Art football started to be seen as non-results driven while the Italian defensive football set the trend for the following decades. Even Brazilian coaches imitated it. 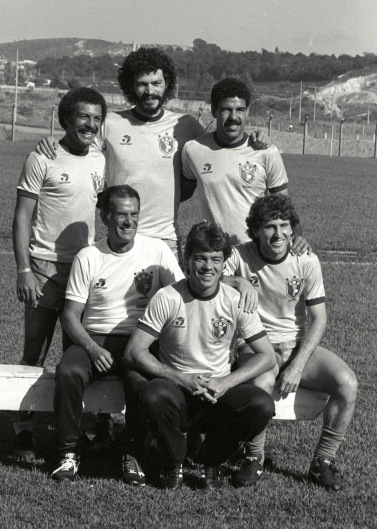 The importance of surf culture in Rio de Janeiro

The military dictatorship was in its peak and prisons, exiles and censorship were part of the country’s day to day life.  The left had been decimated, or at least silenced and there was no outlet for protest. Meanwhile the surf culture was growing in the vacuum left behind the shutting down of the left in Ipanema, a neighborhood known for its leftist residents. This culture had been imported from California and been introduced to Rio de Janeiro’s middle class by students of the American School of Rio de Janeiro.

So were the surfers really relevant? Did anything they say really count for anything?

Most of the Brazilian intelligentsia would say no. This was an insignificant byproduct of a repressed era.

Well, it wasn’t. First of all it did not come from the military apparatus, nor was it well  seen by the American mainstream. In the Coastal towns of the US the kids who were making it the king of sports among the youth came from the lower classes and were dropouts specially in the late sixties and early seventies.In this environment, being a long haired surfer was being against the establishment. The anti Viet-Nam war protests were at their peak, and protesting in the seventies was not theoretical, it was about taking on the mainstream by actions. The kids who were dropouts were closer to home, they could be anyone’s kid who was engaging into something outside the system, it could happen in any family, it was the real thing…

The generations who came after the surfers can still relate to them and the freedom that they represented. They sought a personal detachment from the logic that everything in life should be attached to a production system that has profit as an ultimate goal.

Surf culture in Rio was to give birth to the rock movement of the 8O’s that took the country by storm. For that generation they were like the stronger older brothers who told parents to shut up, who broke ties and who were radically alive. These were the precursors of Brazilian Punk, but healthier, more charismatic, sexual, and less hateful than their British counterparts.

If no one liked them in the middle class, it is because everyone wanted to be like them but did not have the inner strength to do so. In Rio some were spoiled rich kids, but  this group certainly were not accepted into the surfing elite.One you had to earn their way into being respected by being good at the sport and by tough in the water. They were not dumb blondes, they were just too big for this world.

This is a book about Brazil, more specifically the South Zone of Rio de Janeiro, and about the universality and adaptability of life. A story about myself, my existential luggage, and about the environment and the times it was immersed to grow up in.

Lost Samba is available at http://www.amazon.com/dp/B00791OM34 for the time being as an e-book but very soon in a hard cover.

I am still very new to WordPress, expect better and more colourful posts as we progress.