Brazil and the worst of capitalism

With big investments pouring into the country for the 2016 Olympics and the next FIFA World Cup, Brazil is facing a new and dangerous cycle as the one begun with the construction of Brasilia around sixty years ago. This is not a pattern exclusive to Brazil and we have seen it in European, African and Asian countries before.

What happens is that big money pours into a country that is “tagged” as promising and to maximize profits, the astronomical funds are dealt by their worst citizens, corrupt politicians and businessmen with no scruples or responsibility, who make fortunes and leave the rest of the country’s population with unpayable debts after the show is over.

We only need to take a look at what happened recently with the European Union, which only twenty years ago was labeled as the greatest business opportunity ever, or with what happened in Brazil several times before. We could not fail to mention Greece, who also hosted the Olympic games and now is in brink of total disruption. We  wish the Brazilian protesters success and worry about the aftermath of Brazil’s current “Golden Days”.

Lost Samba, a first person history of the birth of modern Brazil 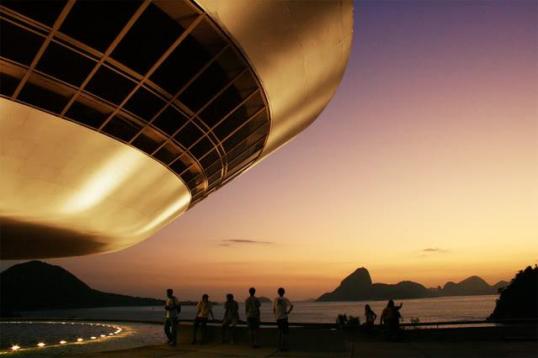 As London  passes the Olympic flame to Rio de Janeiro, English-Brazilian author Richard Klein launches ‘Lost Samba’, an account of Rio’s bitter-sweet ‘golden days’ in the sixties and the subsequent roller-coaster ride from the military sponsored Brazilian “Economic Miracle” to the depths of the 1980s Brazilian economic catastrophe, all seen through the eyes of the author, a European who grew up as a citizen of Brazil’s legendary Copacabana and Ipanema.

Klein was born to an ex-pat British mother and a holocaust-survivor father in the iconic year (1962) which also gave birth to the Beatles as a recording band, the ‘Girl from Ipanema’ and Brazil’s second World Cup victory. His book describes the Brazilian 1970 World Cup triumph, seen through the eyes of an eight year old boy living in Rio, in the era of Pele, and the subsequent football fever that engulfed the country. As a musician, Klein also gives a personal insight into the evolution of Brazilian music from the Bossa Nova of the sixties to the rock scene in the eighties.

The author says: “With the world’s eyes turning once more to Brazil – hosting the soccer World Cup in 2014 and the Olympics in 2016 – Lost Samba peers through the clichés to give a true, first person guide to the country’s recent history and its colourful and vibrant lifestyle.

“Lost Samba describes my personal contact with a wide range of Rio de Janeiro society, from the elite in the American School to Favela drug dealers. It takes the reader on an eventful hitch-hiking journey in the heat of the Brazilian summer, through the hippy-style culture and intense carnivals of Brazil’s north-eastern region, and describes my interaction with the heads of the quiet revolution that overthrew the military dictatorship and with the people who would tackle the hyperinflation that devastated the country until only 20 years ago.”

Klein’s Jewish background and humour, as well as his closeness to Britain, where he now lives, make Lost Samba an accessible and catchy read for people who want to understand and get closer to this emerging country that will be so prominent on the world’s stage over the next four years.